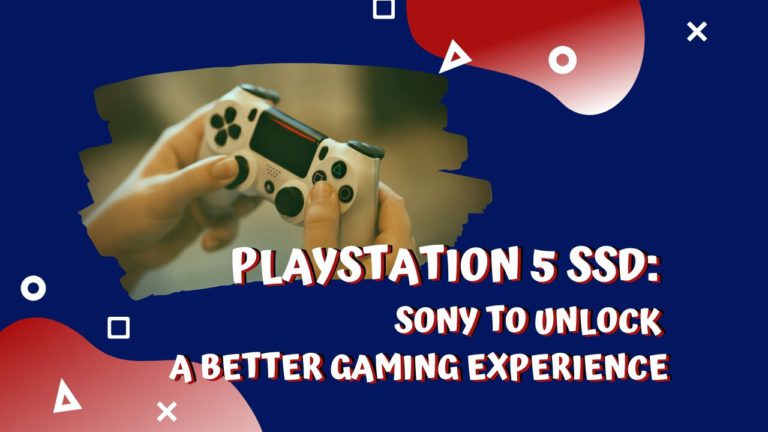 Both Sony and Microsoft will launch their latest game consoles this year. Among other things, one of the talking point for many, has been the PlayStation 5 SSD.

In the meanwhile, if you can’t wait for the next gen game consoles and have nothing but a PC/Laptop without dedicated graphics, you can still play games! Head over to my answer to : What Are the Best Games for PC Without Graphics Card?

Almost 10 years after SSD’s became pretty common in gaming PCs, the consoles have finally caught up. Both Microsoft and Sony will start shipping their next gen consoles with SSDs instead of hard disks for the first time in 2020.

What’s interesting though, is that the bold claims by Tim Sweeney about PlayStation 5 SSD being ‘way ahead’ of any SSD you can put in a PC might actually be true. You might think, with RAID0 and PCIe Gen 4 NVME SSDs, you can reach up to 30 GB/s throughput (Even more with Optane, by the way). So how can a single PlayStation 5 SSD be better than any such configuration? The answer to that, is pretty interesting. But first, let’s get to know what all this fuss is about.

The Epic Games founder and CEO displayed a lot of affection for the PlayStation 5 SSD and the performance difference it would make going forward for games.

In his exact words, he said “Sony’s storage architecture is far ahead of the best SSD solution you can buy on PC today. And so it’s really exciting to be seeing the console market push forward the high-end PC market in this way”.

Apart from the high praise here, there are a few things to take note of. Nowhere has been mentioned the RAW performance of the SSD itself, but the storage solution altogether has been the talking point in his tweets.

He also referenced the Mark Cerny’s conference that shed light on how the hardware and software of the PlayStation 5 would be better with respect to everything else available to consoles. He said, “See the coverage of Mark Cerny’s talk for technical details. The software and hardware stack go to great lengths to minimize latency and maximize the bandwidth that’s actually accessible by games. On PC, there’s a lot of layering and overhead.”

With that cleared out, let us understand where the PlayStation 5 SSD has advantages over any SSDs used in a PC.

PlayStation 5 SSD vs Any SSD in a PC

As PS5 lead system architect Mark Cerny showcased in the ‘Road to the PS 5′ demonstration, the PlayStation 5 has a custom made SSD at its disposal. Not only it’s way faster than the hard disk that older PlayStations shipped with, the entire storage system has been revamped.

I looked into the details of the engineering behind this fully Custom I/O Unit of the PlayStation 5, and I have tried putting into simpler words for everyone to understand.

How the PlayStation 5 SSD and the I/O Unit Works

What’s the most fascinating part you might ask? The game developers do not have to worry about any of this stuff!

How Any SSD in a PC Works While Gaming

You can put any SSD with mind-blowing specs inside a fully maxed out gaming battle-station, with PCIe Gen 4 lanes at its disposal but the way games are rendered on Windows is the real bottleneck here. For any graphic to load inside a game, the following procedure is executed:

It is unclear how the pipeline for the PlayStation 5 would be. But from what I can tell by looking at the obstacles that a PC game render would have to overcome, PlayStation 5 can have a lot smoother graphics pipeline.

The work put into the PlayStation 5 by Sony’s engineers will definitely lead to a better gaming experience for everyone.

You can hate console makers for providing us with consoles that can be outperformed by PCs at the same price all you want. But the way AMD, Sony and Microsoft together shape the industry’s future is represented every time by a new fresh console release.

I wish to write on the PlayStation 5, and about the XBox Series X consoles pretty soon, so make sure you get the latest updates by subscribing to the newsletter!