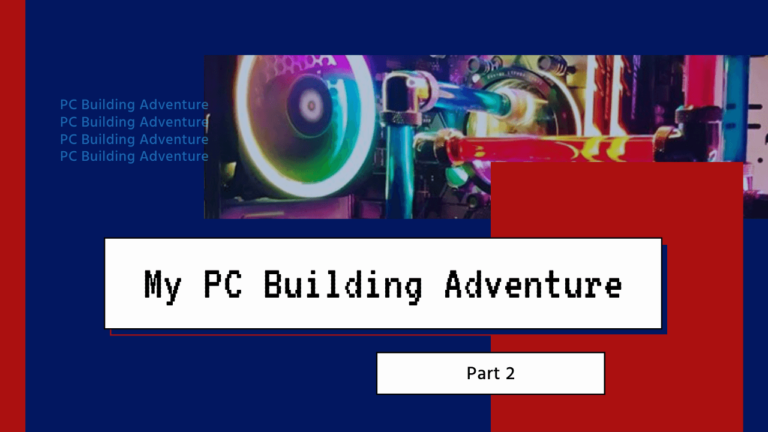 Let’s pick up exactly where we left off the last time. If you haven’t read part 1, make sure you read that first.

I had an i5 3470S and a GTX 1050 and I wasn’t yet done. Sure, the computer could handle whatever I wanted to play on it, but I thought why not go a step further?

So I took some pictures of the rig and posted on OLX. What could go wrong?

A lot was going to go wrong.

I started getting messages from all kinds of people. 16-year olds from Varanasi trying to convince me to ship my rig to his city, 45-year old fathers looking for something cheap so that their Class 10 pass out kid wouldn’t cry for a gaming computer anymore, and even computer agencies that wanted to take it apart and sell the parts for way more than they should.

There was one guy who wanted it for himself. He told me he would come and take a look, and pay if he liked it. He was an engineering student like myself, and I felt sympathy for him. After all, two years of digging and saving money had helped me assemble a PC. But one small problem. He never showed up! I wasted hours waiting for him and blew away many chances of actually selling the computer even if I was getting a couple hundred less.

I got frustrated day by day, and one day a fine gentleman who wanted it for his photography business contacted me. He bought the computer but couldn’t pay the money in full. I understood that, and even if it took months for him to pay up, I stuck with my decision and I am glad I did.

So. Now I had a lot more cash than I originally had. What did I do?

I called the guy from the slums. Again. But this time, I decided I should meet him in a safe and well-lit area, and that’s what I did.

I bought an i5-6402p and 8GB of RAM along with an Asus H110M-C motherboard. So at least the processor this time was only three generations older.

For the graphics card, I called the same guy that sold me the GTX 1050 and asked if he had something used but in good condition. He said he had an R9 290.

For everyone who doesn’t know what type of card this was, the R9 290 was famous for being super fast and ran notoriously hot. It consumed 200 watts of power at its peak and if you compare it with modern graphics cards, that’s double the power consumption or half the performance. It was a flagship from 2013, and I wanted it.

I generously paid what the guy wanted, excited to bring it home and test it. I doubled my performance for the same money. I bought some fresh parts from a local store, mainly the cabinet and the power supply.

And the build now looked something like this. From behind.

And now from the inside.

I had more computing power in my computer than most of my friends’ laptops combined. I could fire up to three instances of FIFA at the same time and it wouldn’t hurt. So is that my ultimate PC? Nah.

I was closely following developments in the global market for processors, and Ryzen 3rd gen came out. It outperformed its intel counterparts and forced Intel to drop prices. For the first time in decades, AMD outperformed intel in almost every performance test by still keeping prices lower. Good times for customers!

So I decided that I wanted the best of the best. Ryzen 5 3600. Not the most expensive one, but the best bang for the buck. This meant I had to sell my current CPU, Motherboard and RAM (I could have kept the RAM but I wanted something faster and fancier). I posted an ad on OLX again.

I successfully sold the CPU-RAM-Motherboard combo for a profit and bought one GTX 1050Ti that was available for cheap. I sold the 1050Ti for a profit of a couple thousand bucks. Now I had the money to go for Ryzen.

Read the part 3 of this series here.