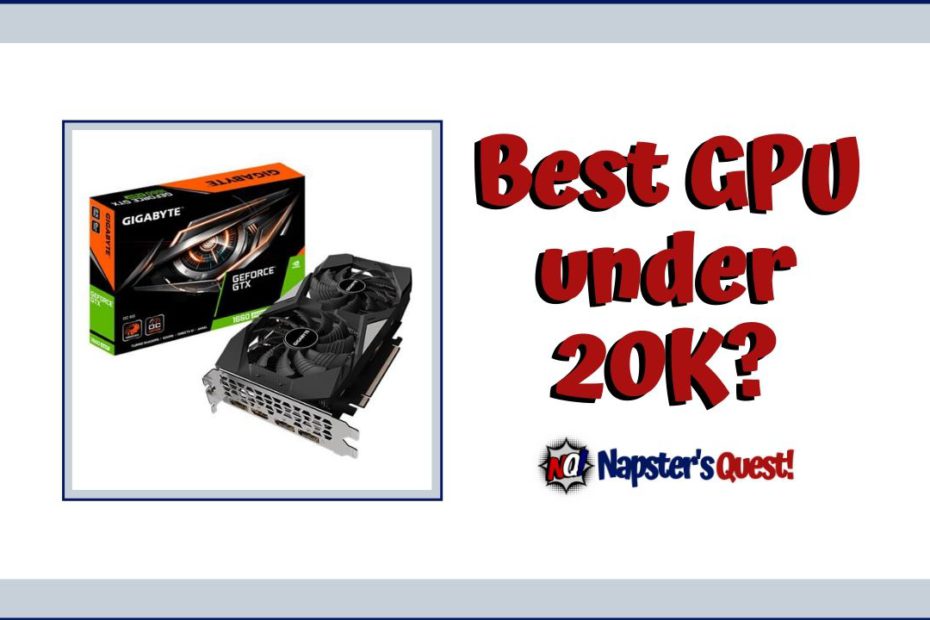 As an Indian, the sweet spot currently for a gaming PC budget is around 50K-60K. If you are one such aspiring gamer, you would wonder what GPU would suit most of your gaming needs, and give you the best price to performance for under ₹ 20,000?

Today, I will try my best to answer this very simple yet confusing question : Which is the best GPU under 20K in India?

Due to AMD gaining back so much of the GPU competition, now you can go both team red or team green based on what features you are looking for. So, let’s check offerings from both AMD and Nvidia for the best GPU under 20K.

At the time of writing this article, it was being sold at ₹20,199 on Amazon. Of course, the prices keep fluctuating, but you can keep a close eye here:

For the price, I am sure that you are getting way more performance than any other GPU on this list. If your budget is ₹20,000 and nothing more, don’t waste your time in looking for options as the best GPU under 20K in India, and just buy this one. It’s worth it.

The GTX 1650 we looked at was the Gigabyte GeForce GTX 1650 OC 4GB. It is very well priced, just like the 1660 Super, and Gigabyte support is excellent too. The card performs like your expectations, and if you are playing E-Sports titles or games that don’t require much horsepower at 1080p, a GTX 1650 would be good enough for you.

Where the GTX 1650 only sips power at 100W, the RX 580 is highly power inefficient. But it makes up for it through good performance bonus over the GTX 1650.

We looked at the Asus Radeon RX 580 Dual OC 4GB (not 8GB) as our quest for best GPU under 20K continued and found out that it was competitively priced at around ₹13,499 on mdcomputers.in. Keep in mind that you may have to upgrade your power supply in order to use the RX 580.

Another thing to note here, if you are willing to spend more for the 8GB VRAM variant of the RX 580, I think that 1660 Super with 6GB VRAM is a way better deal. Yes, it was the best GPU for 20K just a few years ago, especially for mining. But you don’t generally need the extra 2GB of graphics buffer, for gaming anyway, and you miss out on a lot of performance as well.

For the little price over the RX 580 or the regular GTX 1650, 1650 Super variant nails the price to performance for a sub-₹20,000 gaming graphics card. We looked at the MSI GTX 1650 Super and the for the performance improvements over the regular version, it’s totally worth spending the extra money if you can afford it.

The only reason that AMD and partners can still sell Polaris-based RX 580’s today, is that the RX 5500 XT that was supposed to replace it does not perform as per expectations.

It’s 2020, and sales of GTX 1060’s and 1050 Ti’s should not be promoted at all. They stand no chance featuring in any of the best GPU under 20K debates at all. Their next-gen counterparts perform way better, and for minor, if any, price difference.

If ₹20,000 is your hard limit and want to spend that much money for a graphic card, then without a doubt, the best GPU under 20K is the Gigabyte GTX 1660 Super OC 6G. It has enough VRAM that it will not bottleneck any games. For 1080p gaming, it is pretty fascinating that we can get such great performance at entry level gaming price point.

previousWindows 10 May 2020 Update Is Here!
nextWhat Are the Best Games for PC Without Graphics Card? 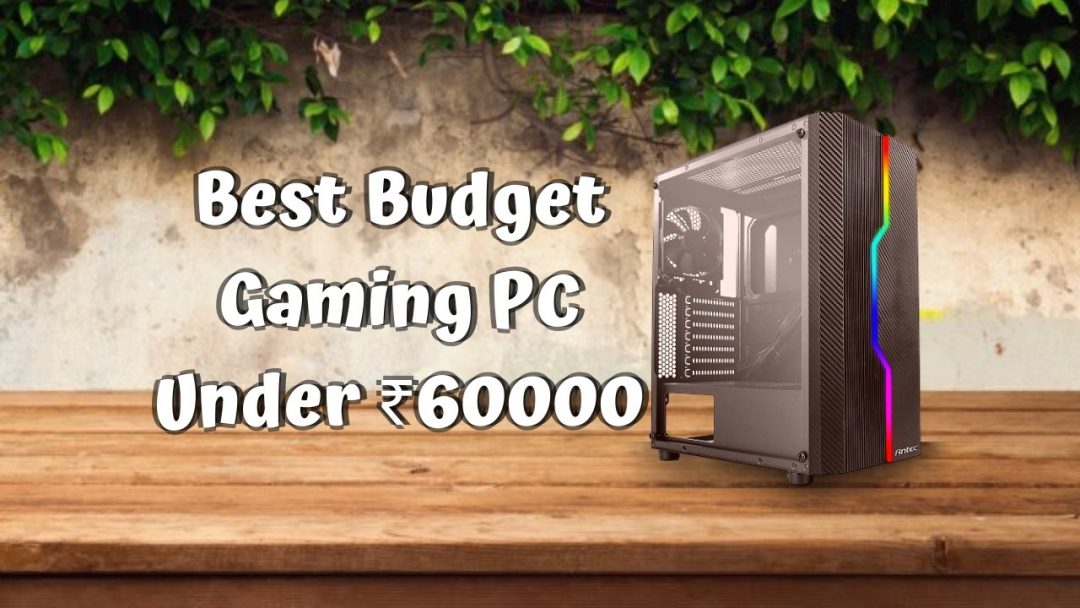 If you are a gamer on a budget and want the best gaming PC under 60000, you are at the right spot! I have curated the best parts list for you! Happy Building!

Looking for the best budget gaming PC under 50000 INR? Look no further! I have compiled the perfect parts list for you! Happy Building! 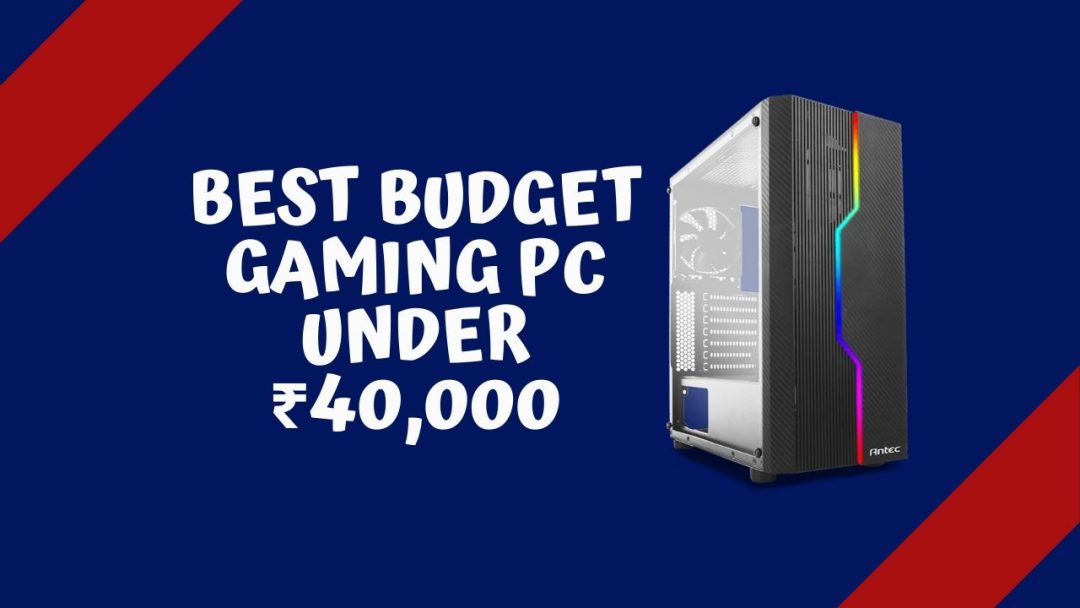 Looking for the Best Budget Gaming PC Under 40000 Rupees in India? Your search is over! I have picked the perfect parts list for you. Happy Building!